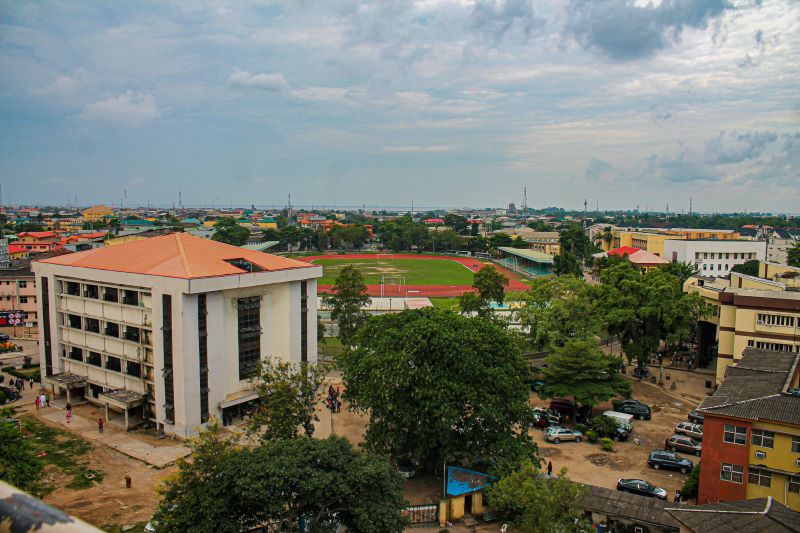 These such states are spread in every region of the country and are open to anyone who cares to pay a visit. In this article, I will be listing the 10 most beautiful states in Nigeria.

Cross River State, Nigeria, is often called the Nation’s paradise. And rightly so. It really is the paradise of Nigeria.

Its capital, Calabar, is one of the few ancient cities in Nigeria and was home to the colonial masters. From here, they traded enslaved people across the Atlantic. A few houses belonging to enslavers still stand in Calabar.

The streets of Calabar are as clean as clean can be, and this cleanliness has given Cross River State recognition as the cleanest state in Nigeria countless times. These streets form a complex network that offers a breathtaking aerial view.

The buildings within Calabar offer an aesthetic appeal, and the many trees planted across walkways and alleys give the state one of its slogans: “The clean and green state.”

Cross River State, indeed clean and green, is the center of tourism in Nigeria. Every year, thousands of tourists come here to experience events like The Calabar Carnival, which is the biggest street party in Africa.

Tourists also troop down to tourist attraction sites like The Kwa Falls, The Obudu Cattle Range, and The Marina Resort (Here, a museum stands).

Cross-Riverians add to the beauty of Cross River by being some of the friendliest people one can come across. Cross-Riverians believe everyone deserves a warm smile as a welcome.

Delta State is an oil-rich state and so is very rich. It is a fast-growing state, and urbanization is spreading across it very fast.

In Delta State, one comes face to face with some of the most beautiful roads in Nigeria. Wide and clean roads lined by trees.

The capital city of Delta State, Asaba, offers an array of magnificent buildings. Here, you will find many restaurants, a cinema, five-star hotels, a shopping mall, and a sports stadium.

Some of the tourist attraction sites in Delta State include: Abraka Resort, Palace of the Olu of Warri, Effurun Garden Park, etc.

Bordering Cross-River State is this small state which once used to be part of Cross-River until 1987 when it was given official recognition. Being a major oil-producing state, Akwa-Ibom State is amongst the richest states in Nigeria.

The state capital, Uyo, is a fast and steady-growing metropolis that continues to gain attention from both the national and international communities.

Uyo is built like a modern-day city. Obong Victor Attah, a past governor of the state, designed the architecture of the state.

The roads in Akwa-Ibom are large and beautiful. A drive down Uyo roads can be likened to driving down a road in Dubai.

The state has a functional sports stadium, which is, in fact, one of the county’s most beautiful stadia, a functional airport run by ‘Ibom Air.’

In Uyo, you will find five-star hotels, exquisite restaurants, and bars, historical architecture, etc. The environs in Uyo are clean and serene, and the people are quite friendly.

River State, Nigeria, is also located in the South-South region of the country. Like Akwa-Ibom State, this state produces a lot of oil and so is very rich.

The capital of River State, Port Harcourt, is a relatively old and bustling city and is the fifth most populated city in Nigeria.

Its streets are beautifully designed, and the houses here are aesthetic. Port Harcourt is known for having many flyovers and many large hotels.

The Port Harcourt city mall is beautiful and is a must-stop-by for anyone visiting River State for the first time. And so is Bonny Island.

River State is popular for ‘Bole,’ a meal prepared by roasting plantain and then eating this plantain with stew prepared from spices.

The natives of Port Harcourt are beautiful and friendly.

Kaduna State was named after the River Kaduna, a major river in Nigeria. The state stands in the north and is the third-largest city in Nigeria, and is home to the Hausas.

The capital city of Kaduna State is Kaduna. The city, Kaduna, is a well-built and ancient city known for its good roads and architecture.

Some of the tourist attractions here are: The Kaduna Museum, the Kajuru Castle, Foot Bridge, etc.

The Nigerian Defence Academy is located in Kaduna.

Abuja is the capital of Nigeria and, as one can already predict, amongst the most beautiful cities in the Nation.

It became the capital of Nigeria because it is more centrally positioned than the previous capital, Lagos State.

Abuja’s architecture is nothing less than stunning. The city is somewhat rocky, swarming with hills, and so offers a serene view of nature. The roads are wide and clean, and the buildings in the city are remarkably aesthetic.

Some of the tallest buildings in Nigeria stand here. Face to face with The World Trade complex. One cannot help but gasp. The biggest church auditorium, the Dunamis International Headquarters, stands in Abuja.

In Abuja, you will find countless restaurants and bars and other places of relaxation. The Jabi lake, for example, draws tourists from around the country to Abuja. From here, one can watch the water and be completely captivated by the serenity.

At night, Abuja is nothing less of a wondrous city. The lighting makes it look like a city straight out of a movie.

Ondo is a state in Southwest Nigeria renowned for its landscape. This state came to be in 1973 and has since grown to stand amongst the most beautiful states in Nigeria.

Ondo State has been nicknamed the ‘Sunshine State’ because of its beauty. It has been split into 18 local government areas, which helps urbanization spread faster.

Ondo is swarming with tourist attraction sites. Some of which include: Idanre Hills, which stands around 3000 feet above sea level. Deji of Akure’s palace, situated in the capital city of Ondo. Owo museum, and others.

This state also produces the most cocoa in Nigeria.

Kano is a large state in Northern Nigeria, inhabited mostly by the Hausas, a Nigerian ethnic group—the Largest Nigerian Ethnic group, in fact.

Kano, a state split into 44 local government areas, holds a bulk of Nigeria’s history. Its buildings are ancient and beautiful and tell amazing stories—of kingdoms, of religion, of battles won and battles lost.

The oldest open market in northern Nigeria, the Kurmi market, stands in Kano. It is almost five centuries old.

The great Mosque of Kano offers a sight of pure beauty. It records a large number of visitors every year, especially visitors who are Muslims.

Kano is ruled by the governor politically and then by the Emir of Kano.

Lagos State has once been the capital of Nigeria. Even now, it is the economic capital of the country.

Even though this state has overcrowding and traffic problems, it really is one of the most beautiful states in Nigeria when one considers infrastructure and serenity.

Lagos consists of two areas: The Lagos Island and the Lagos Mainland, both areas connected by the third mainland bridge. This bridge used to be the biggest bridge in Africa before the 6th October Bridge was built in Egypt.

Lagos Mainland is often looked at as a somewhat suburban area, while the Island has been viewed as more sophisticated and wealthy. Ikeja is the capital of Lagos and is a well-planned area of Lagos.

The tallest building in Nigeria stands in Lagos.

One of the only functional seaports in Nigeria also stands here.

Lagos is a wealthy state; this is why many Nigerians migrate here to seek greener pastures. It is also the entertainment hub of the country. Most Nigerian musicians live here or have history here.

The tourist attraction sites in Lagos include: The Lekki Conservation Center, Freedom Park, the Synagogue Church of All Nations, etc.

Enugu State is a small state in the eastern region of Nigeria. This state is nicknamed the ‘coal city’ of Nigeria because a lot of coal is produced.

The capital of Enugu state is a city called Enugu. It’s a well-developed and planned city that boasts a network of beautiful roads and an array of well-planned buildings.

The prestigious University of Nigeria, Nsukka, stands in Enugu state and is one of Nigeria’s most renowned public universities.

In Enugu, one can visit beautiful places such as Achara Layout and the independence Layout.

In addition to these ten most beautiful states in Nigeria, you will find several other nice cities worth visiting. You’re also going to find beautiful medieval colonial architecture and beautiful landscapes. Nigeria is a land of diverse cultures. It harbors staggering hills, enormous rocks, rivers, plateau, and cloud forests.

Photo by Stephen Olatunde on Unsplash 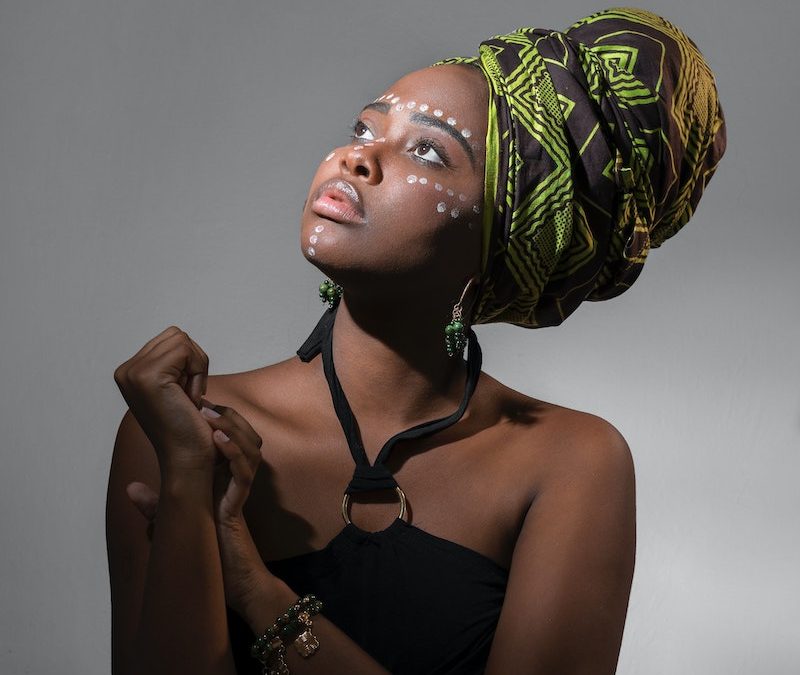 The Earth is beautiful and filled with lovely places. But now, we will be talking about the continent of Africa, the western part of the continent, a country called Nigeria.  Nigeria is about 910,770 square meters, with its capital in Abuja. It shares a... 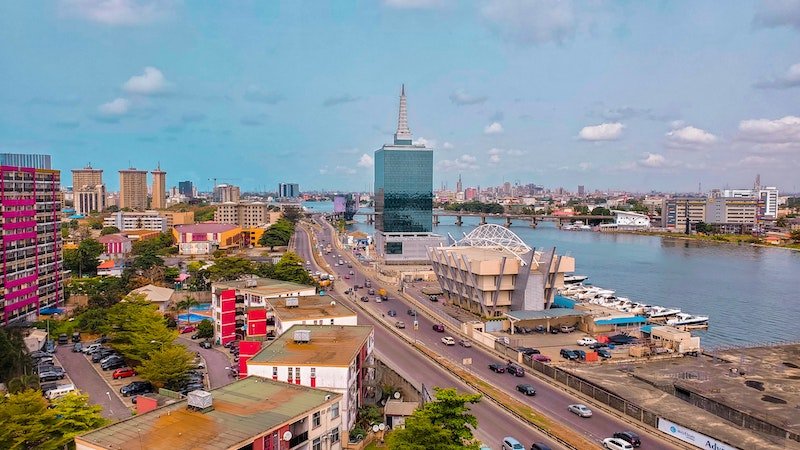 10 Best Places to Visit in Nigeria

Nigeria is a beautiful country with a lot of magnificent places to visit. Unfortunately, these places do not get enough credit. It could be because of the country’s gritty nature and economic status. While visiting fun locations like these may not be at the top of...